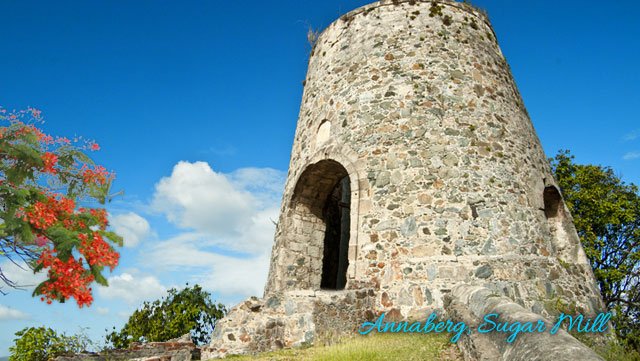 Located within the boundaries of the Virgin Islands National Park on St John are the ruins of the Annaberg Plantation. With a commanding view of Leinster Bay and Sir Francis Drake Channel – Annaberg was once the largest plantation on island and now is the best 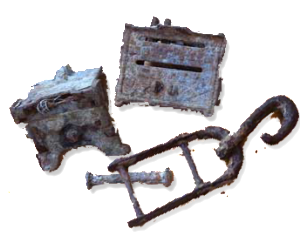 While the boundaries and ownership changed over the years – it is a Dutchman named Solomon Zeeger that gave the plantation it’s name. Having acquired the land in 1758, Zeegler named the property Annaberg or “Anna’s Hill” after his wife Anna deWindt. Between 1779 and 1870 the plantation thrived and adjacent properties where added to the plantation. By 1808 it comprised nearly 1,300 acres and covered Mary’s Point, Betty’s Hope, Munsbury, Leinster Bay and Brown Bay. But by 1871 the plantation went into decline and was eventually abandoned.

While all of the wooden structures are long since gone – those structures made of local stone and coral such as storage buildings, windmill, rum production and sugarcane processing have survived.

The VI National Park volunteer staff provide guided tours and offer insight into the details of life on the plantation and its history. You’ll also find handouts that lead you through the ruins and outline the history of many of the larger structures on the property. A recommended destination for it’s history, beauty and insight into St John’s past and present!

Getting there:
Take North Shore Road out of Cruz Bay. Follow the winding road past Maho Bay. Approximately 1.5 mi. from “split” you’ll come to a “Y” intersection. Left brings you to Francis Bay ..and right takes you to Leinster/Waterlemon Cay and the Annaberg Plantation Ruins. Parking is in the lower lot and there’s a wooden walkway that takes you to the foot of the ruins. 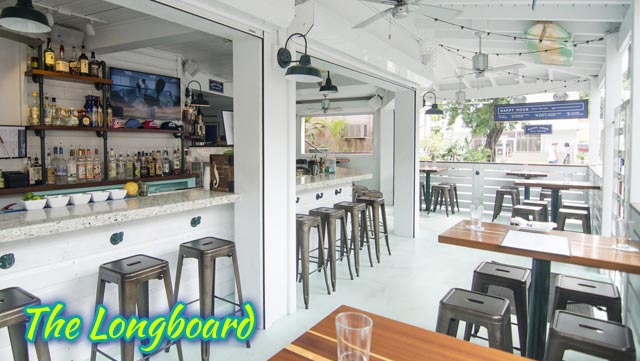 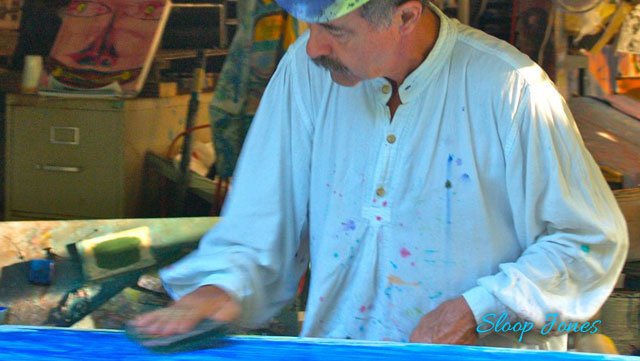 The Artistry of Sloop Jones