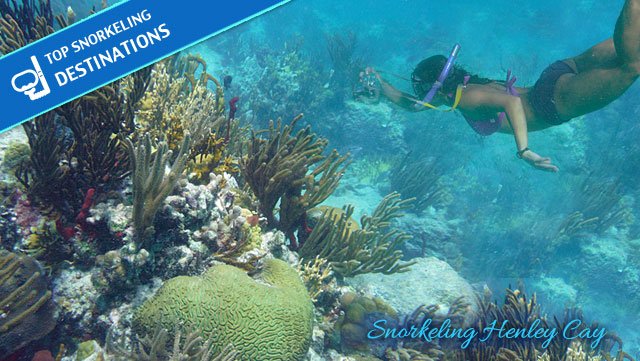 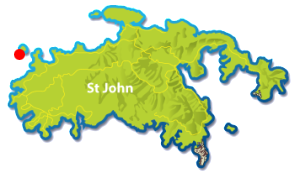 St John is renowned for its shallow water snorkeling. With top snorkeling destinations like Waterlemon Cay, Trunk Bay, Salt Pond and Haulover North …St John certainly has its share of great places to snorkel that are easy to get to while on vacation. So it’s no surprise that one of the least talked about but most impressive snorkeling spots takes a little work to get to. That place is Henley Cay.

> CHECK OUT OUR LIST of ST JOHN’s TOP SNORKELING SPOTS <

Getting There
Henley Cay sits within sight of Caneel Bay Resort on St John’s North Shore. There are several kayak tours that visit the cay; but we chose VI Ecotours out of Honeymoon Bay for our day of snorkeling. We found the relatively short paddle over to Henley Cay provides just the right amount of adventure – and shouldn’t prove too challenging for most people. And our guide used the time to share information about the history of Henley Cay, Lovango and St John’s North Shore – before we ran the kayaks ashore on the tiny crescent of sand and stoney beach that makes upper the western edge of Henley Cay.

The sheer variety of corals and fish puts Henley Cay at the very top of snorkeling destinations on St John! 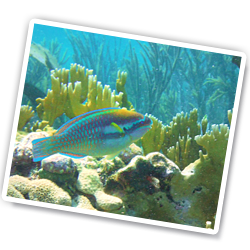 Snorkeling Henley Cay
The snorkeling is shallow water …typical of most of St John’s snorkeling destinations. Much of the reef is in 3′ to 15′ of water – providing excellent visibility. Heading along the beach toward Caneel you’ll see plenty of sea fans, gorgonians and colorful reef fish. Just past a short concrete and stone jetty, as you near a rocky outcropping, the number and variety of corals and fish will rapidly increase as will the current. This marks the “edge” of the protected cove. Stay just out of the current and circling back about 60m off the beach you’ll follow a patch reef and coral outcroppings heading toward the north western end of the cay. As you near the rocks at this end of the beach there’s a marked increase in the variety, density and color of hard and soft corals, sea fans, gorgonians and colorful Caribbean reef fish. The health of the reef here is stunning. Everywhere you look Atlantic Blue Tangs, Surgeonfish, parrotfish, Angelfish and wrasses swim! And beneath you is a “forest” of rhythmically waving sea fans, gorgonians and soft corals. Dotting the underwater terrain are well developed brain corals in mystical shades of greens. Look closer and you find a wide range of tunicates …from the simply colorful to the down right bizarre! And every nook and cranny is home to colorful sponges and encrusting corals. As we said, the sheer variety and apparent health of this location is just amazing!

A Bit of History
And when you come ashore you can wander about the 11-acre cay. At the far end of the beach is a short stone and concrete jetty. Follow it back a short way into the thicket and you’ll discover a small concrete structure built in the late 1940’s. The history of their tiny cay is surprisingly rich. During St John’s 1733 Slave Revolt it was used as a safe place for woman and children before moving them to St Thomas. In the late 40’s the son of the island’s owner crashed a small plane on the island. The wreckage is still visible on the island. More recently, during the early 1950’s, the Gibney’s lived on the small island before buying a small stretch of land on Hawksnest Bay [ Gibney Beach ]. And today it is part of the Virgin Islands National Park on St John. 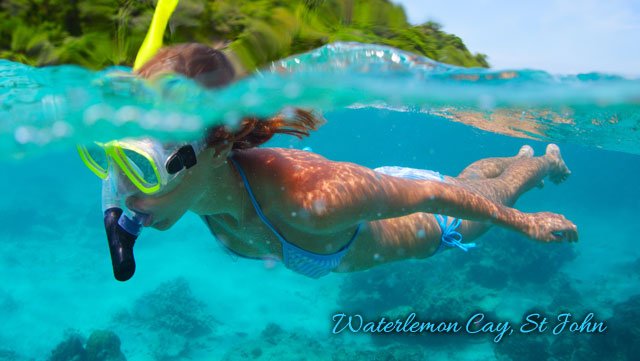 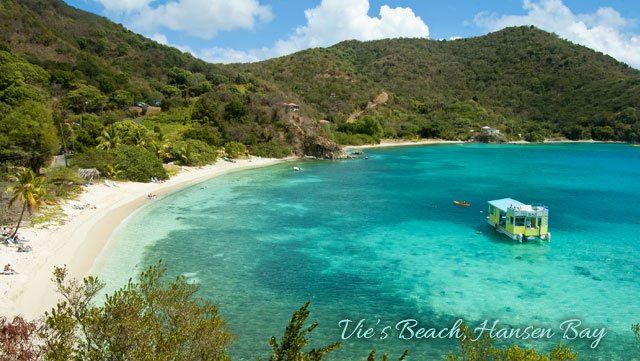